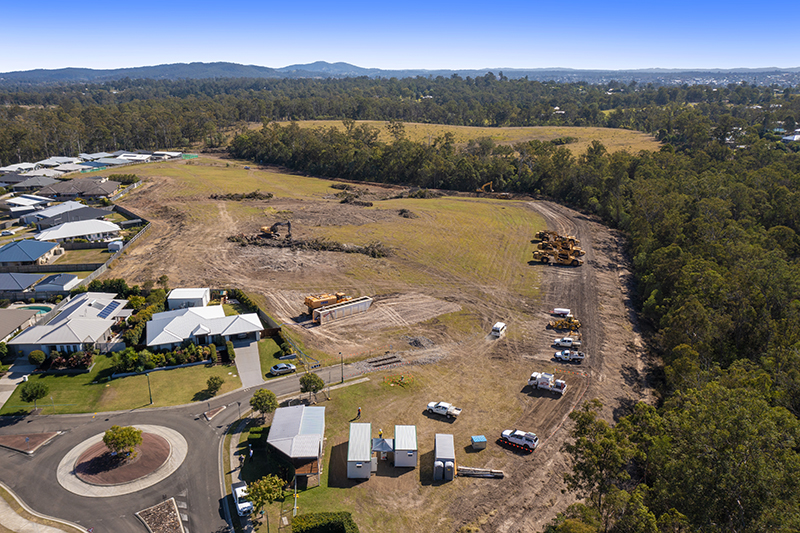 When Double R Group first identified the residential development opportunities at Aspect in Gympie and Hamilton Place in Woodford, the team never envisaged both would exceed all expectations, when they hit the market.

Hamilton Place was launched in July last year and saw almost every lot sold before construction had commenced – a reflection of a recent Hotspotting report which identified the Moreton Bay Region as having the highest number of growth suburbs across the Greater Brisbane Area.

Our Director, Ken, said the success of the development was primarily due to two factors — being the first time in more than a decade that a residential estate has gone on the market in Woodford, and that it was launched at a time when demand for residential land was higher than it has been in years.

“The two-stage development was launched in July and lots in Stage One were snapped up within the first eight weeks. We then launched Stage Two in September and it sold out quickly too,” Ken said.

Aspect at Gympie has enjoyed an almost identical response to the market, with Stage 6, 7 and 8 of the development now sold out.

“Aspect’s final stage of 25 lots, Stage 9, will be released on 1 February and we anticipate another really positive response from the market. The project is now set to complete two-and-a-half years ahead of schedule, which is a real reflection of the incredible demand for property we are experiencing here in Queensland.”

Ken identified proximity to the Sunshine Coast, Caboolture and Brisbane as playing a role in the subdivision’s success along with the limited availability of land in the region and the escalating prices making it difficult to enter the market.

“We are finding a lot of buyers are owner-occupier rather than investors. They’ve jumped at the opportunity to build a home they love on a generously sized lot, in a welcoming estate with tree-lined streets and the perfect environment to enjoy the relaxed outdoor Queensland lifestyle.”